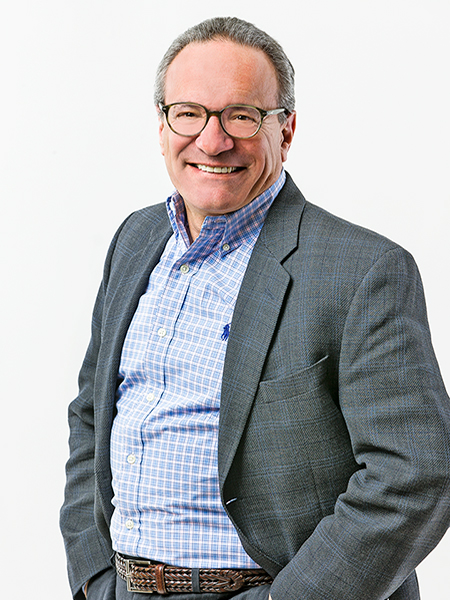 Wasserman started his career at National Semiconductor, Inc., where he held various process engineering and management positions. From 2010 to 2017, Wasserman was on the board of directors of Syncroness, Inc. After it was sold, he joined the board of directors of FARO Technologies, Inc., a publicly-traded manufacturer of three-dimensional measurement, imaging and realization systems, in December 2017.

Wasserman earned his bachelor of science in chemical engineering from Ben-Gurion University in Israel. 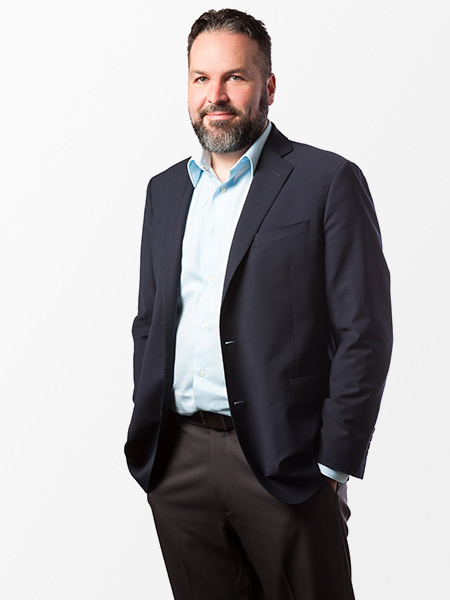 Neil D. Brinker joined Advanced Energy in June 2018 as the chief operating officer and executive vice president. He was promoted to the position of president in

Brinker is an experienced global leader with a broad knowledge of industrial markets and a proven track record in managing operations and delivering improved operating and financial results. Most recently, Brinker was the group president of IDEX Corporation, responsible for a broad array of products and solutions for numerous industrial applications, including measurement, control systems, and software monitoring.

Prior to IDEX, Brinker was director of global operations at Gilbarco Veeder-Root, a Danaher company, responsible for manufacturing operations, strategic planning, and M&A for several global locations. 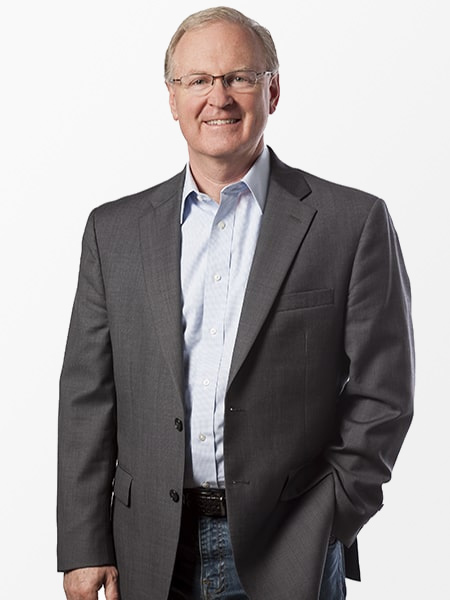 Paul Oldham joined Advanced Energy in May 2018 as the chief financial officer and executive vice president.

Oldham brings 30 years of experience in finance and administration. Previously, he was the chief financial officer of Electro Scientific Industries, Inc. (ESI), a leading developer and manufacturer of laser-based production equipment. He also served as the senior vice president of administration and corporate secretary. Oldham helped lead ESI through a significant multi-year transformation which resulted in strong revenue growth and profitability.

Tom McGimpsey joined Advanced Energy in April 2009 and now serves as its executive vice president and chief administrative officer. He leads the corporate development (M&A) function, the office of integration management, legal, ESG initiatives, critical projects, and other administrative duties. Prior to his promotion in September 2020, McGimpsey was the executive vice president-general counsel, government affairs, and corporate secretary. He also served as the interim chief financial officer in 2018, the corporate development (M&A) officer from 2011 to 2015, and the executive leading IT from 2010 to 2013.

McGimpsey is chairman of the Colorado Higher Education Commission and was a former commissioner on the Colorado IT Commission. He is on the board of directors of CPP, Inc., a global wind and air quality engineering services company, and is an NACD governance fellow.

McGimpsey received his master of business administration with distinction from Colorado State University, his juris doctor from the University of Colorado, and his bachelor of science in computer science with a minor in electrical systems from Embry-Riddle Aeronautical University. 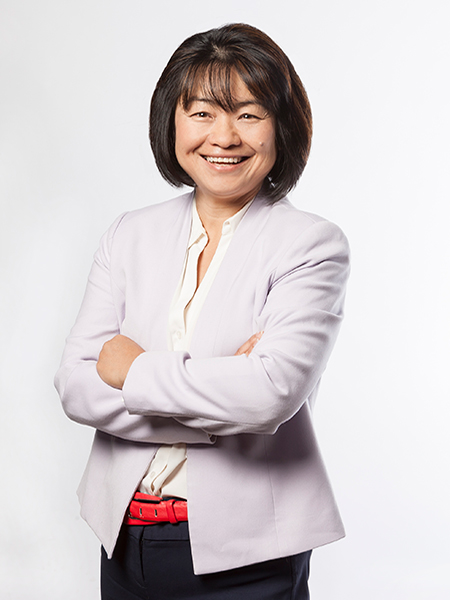 Before joining Advanced Energy, Yang served as the vice president of strategy and operations for IBM Research. She focused on driving leading-edge innovations in areas, such as artificial intelligence, healthcare solutions, and high-performance computing. Prior to her strategy role, Yang spent several years in IBM’s technology and intellectual property licensing department. Yang’s early years at IBM were spent in the semiconductor research and development center as part of the microelectronics division.

She has three patents, over 40 technical publications, and was the recipient of the Paul Rappaport Best Paper award at IEDM for her work on silicon on insulator with active substrate (SOIAS). She’s a strong believer in empowering girls to embrace careers in science, technology, engineering, and math (STEM).

Yang completed all of her higher education at the Massachusetts Institute of Technology (MIT). Her degrees include a bachelor of science in material science, and a master of science and doctor of philosophy in electrical engineering, specializing in solid-state physics and semiconductors.

Ball previously served as executive vice president and chief administrative officer of Marketo Inc., a leading provider of a cloud-based marketing platform, from February 2016 through August 2016. Prior to that, Ball was Marketo’s senior vice president and chief financial officer from May 2011 to February 2016. Prior to joining Marketo, Ball was the chief financial officer for a number of private and public technology companies, including Webroot Software, BigBand Networks, Inc., and Borland Software Corporation. Ball also served as vice president of mergers and acquisitions for KLA-Tencor Corporation, a manufacturer of semiconductor equipment, and prior to that as its vice president of finance. Ball was with PricewaterhouseCoopers LLC for over 10 years.

Chairman of the Compensation Committee
Member of the Pricing Committee

Grant H. Beard currently serves as a senior executive operating partner for Blue Point Capital, a private equity firm, and as an executive in residence at Summit Partners, a global alternative investment firm.

She currently serves on the board of directors for Atlas Copco AB, a world-leading provider of sustainable productivity solutions based in Stockholm, Sweden; CIRCOR International, a leading provider of flow control solutions and other highly-engineered products and subsystems used in energy, aerospace, and industrial markets based in Burlington, Massachusetts; and Eriez Magnetics, a privately held manufacturer and designer of magnetic, vibratory, and metal detection applications based in Erie, Pennsylvania. She also serves as a member of the board of trustees, Gannon University, and the board of trustees, Boys and Girls Club of Erie, Pennsylvania.

Donikowski holds a bachelor of science in industrial engineering and an honorary doctorate from Gannon University.

Ronald C. Foster is currently on the board of Everspin Technologies Inc., a publicly-traded provider of RAM solutions and Foster also serves as chairman of the audit committee.

Foster previously served as chief financial officer and vice president of Finance of Micron Technology, Inc. (“Micron”), a global corporation that produces forms of semiconductor devices, from April 2008 to March 2015. Foster was appointed to that position in 2008 after serving as a member of Micron’s board of directors from June 2004 to April 2005. Before joining Micron, Foster was the chief financial officer and senior vice president of FormFactor, Inc., a semiconductor wafer test equipment company. Prior to joining FormFactor, Inc., Foster served as the chief financial officer for JDS Uniphase, Inc. and Novell, Inc., and also served in various financial and operational roles at Applied Materials, Inc., Egghead Software, and Hewlett Packard Company. He previously served as a board member of Inotera Memories Inc., LUXIM Corporation, and Aptina Company.

Grady began his career as an engineer for Monsanto Electronic Materials Company (“MEMC”) and, during his 14 years with the company, rose to the position of vice president of worldwide sales for the EPI division of MEMC. Grady also served on several boards of other technology companies, providing cross-board experience.

Thomas M. Rohrs has served as executive chairman and director of Ichor Systems, Inc., a leading manufacturer of gas and chemical delivery systems for semiconductor process equipment since February 2012 and was the chief executive officer from September 2014 to January 2020. Rohrs also serves on the board of directors of Intevac, Inc., a publicly traded leading supplier of magnetic media processing systems.

Previously, Rohrs was the chief executive officer of Skyline Solar, Inc., a solar equipment manufacturer, from June 2010 to September 2012. Rohrs had been an advisor and consultant to a number of companies, both public and private, including renewable energy companies from February 2009 to June 2010. From April 2006 to February 2009, Rohrs served as chief executive officer and chairman of the board of Electroglas, Inc., a then public supplier of wafer probers and software solutions for the semiconductor industry. In July 2009, Electroglas filed a voluntary petition under Chapter 11 of the U.S. Bankruptcy Code, citing the dramatic decline in semiconductor manufacturing equipment resulting from the global economic recession. In August 2009, Rohrs began serving as interim chief executive officer of Electroglas, which subsequently sold substantially all of its assets. From December 2004 to March 2010, Rohrs served as a director of Electroglas. From 1997 to 2002, Rohrs was employed by Applied Materials, Inc. (“Applied”), a semiconductor equipment company, most recently as senior vice president of Global Operations, and served as a member of Applied’s executive committee.

Mr. Roush currently serves as an operating executive advisor to private equity firms. Roush also serves as a director of Lemaitre Vascular, Inc., a publicly-traded, global provider of medical devices and implants for the treatment of peripheral vascular disease, and he is a member of its audit committee. Roush also serves as a director of Applied Life Sciences & Systems, a privately-held company that is developing automated vaccine delivery technology for the poultry industry.

Roush previously served as chief executive officer and a director of Novanta Inc., (formerly, GSI Group Inc.), a leading global supplier of precision photonic components and subsystems to original equipment manufacturers in the medical and advanced industrial markets, from December 2010 to September 2016. Roush joined Novanta after a twelve-year career with PerkinElmer, Inc., a provider of technology and services to the diagnostics, research, environmental, safety and security, industrial, and laboratory services markets, where he was a corporate officer and served in several leadership positions, most recently leading the company’s $1.2 billion environmental health segment. Prior to joining PerkinElmer, Roush held management positions with Outboard Marine Corporation, AlliedSignal, Inc., (now Honeywell International), McKinsey & Company Inc., and General Electric Company.

Prior to joining the company, Wasserman served as the president, and later as chief executive officer, of Tevet Process Control Technologies, Inc., a semiconductor metrology company, until July 2007. Prior to that, he held senior executive and general management positions at Boxer Cross, a metrology company acquired by Applied Materials, Inc.; Fusion Systems, a plasma strip company that is a division of Axcelis Technologies, Inc.; and AG Associates, a semiconductor capital equipment company focused on rapid thermal processing. Wasserman started his career at National Semiconductor, Inc., where he held various process engineering and management positions. Wasserman was on the board of directors of Syncroness, Inc., an outsourced engineering and product development company, from 2010 to 2017 when it was sold, and joined the board of directors of FARO Technologies, Inc., a publicly-traded, manufacturer of three-dimensional (3D) measurement, imaging, and realization systems, in December 2017.

Wasserman is a National Association of Corporate Directors (NACD) governance fellow. He has a bachelor of science in chemical engineering from BenGurion University in Israel.

Board Governance and Committee Charters

You may now view any resource on the Advanced Energy site. Click the button below to view your requested resource.

You may now view any resource on the Advanced Energy site. Click the button below to view your requested resource.